The night also premiered the first of a series of films by director Thom Eberhardt (Without a Clue, Captain Ron) and Christine Vasquez (Naked Fear) on New Mexico music icons. The film featured songwriter Lewie Wickham, 2009 Lifetime Achievement recipient along with his brothers and members of the Wickham Brothers Trio.

Thanks to our sponsors Grandma’s Music & Sound and Quickbeam Systems.

The 2010 program fielded 507 entries in 39 categories from across New Mexico. 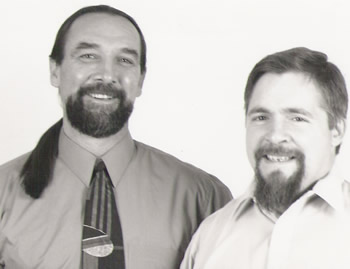 Tom “Mitch” Mitchell has had his hand in music for decades. He was a lover of the Doo-Wop style of music and has chronicled their history and the history of New Mexico groups on his website nmmitch.com for years. Mitch has also been a DJ, a music manager and even dabbled in writing a song or two.

In early 1987, he teamed with music producer Eric Larson looking for a way to break the logjam of isolation among studios and musicians. The goal was to showcase the talent of not only New Mexico musicians, but also the recording studios, producers and engineers who made the music happen. Until that time, studio owners isolated themselves not wanting to share tech secrets or studio musicians. The two came up with the idea of a competition where studios and musicians would showcase their music.

The two entrepreneurs enlisted the help of other music industry professionals and created the New Mexico Music Industry Coalition or New Mexico MIC and the “MIC” Awards was born. During the next two decades, the MIC Awards recognized and promoted New Mexico music helping to start a revolution in New Mexico music, attracting award winning artists to the state and helping to launch the careers of many national artists.

The Eric Larson Endowment at UNM provides unrestricted funds for juniors or seniors who have chosen music or the recording arts as their major and have maintained a 3.0 GPA. Eric Larson was co-founder of the New Mexico Music awards and passed away in 2005. The New Mexico Music Awards contributes annually to the scholarship fund. To donate, go to ericlarsonendowment.com

Best Arrangement of an Original Composition

Best of the Year