For the 12th year, NMMA winner Andy Mason will be offering his seasonal sing-along “A Brief History of Christmas Music” to libraries, schools and civic groups. The program is virtual this year and Andy is offering two versions: LIVE and pre-recorded. The LIVE version would involve a takeover of your libraries’ Facebook page and allow patrons to tune in at the designated time for the LIVE performance and interact in real-time with Andy during and after the performance, for a Q and A session (or watch it at their convenience as a recording on your FB page).

The pre-recorded version is exactly the same, except you’ll receive a YouTube link which you can access anytime, share with your patrons, post on your social media, etc. Both versions include a PDF of the sing-along lyrics. The LIVE version is only $150.00!….and the pre-recorded version is only $100.00! (per library….but for $500.00 you can share it with ANY library in your system). Both versions can be posted, shared and viewed with no limits. 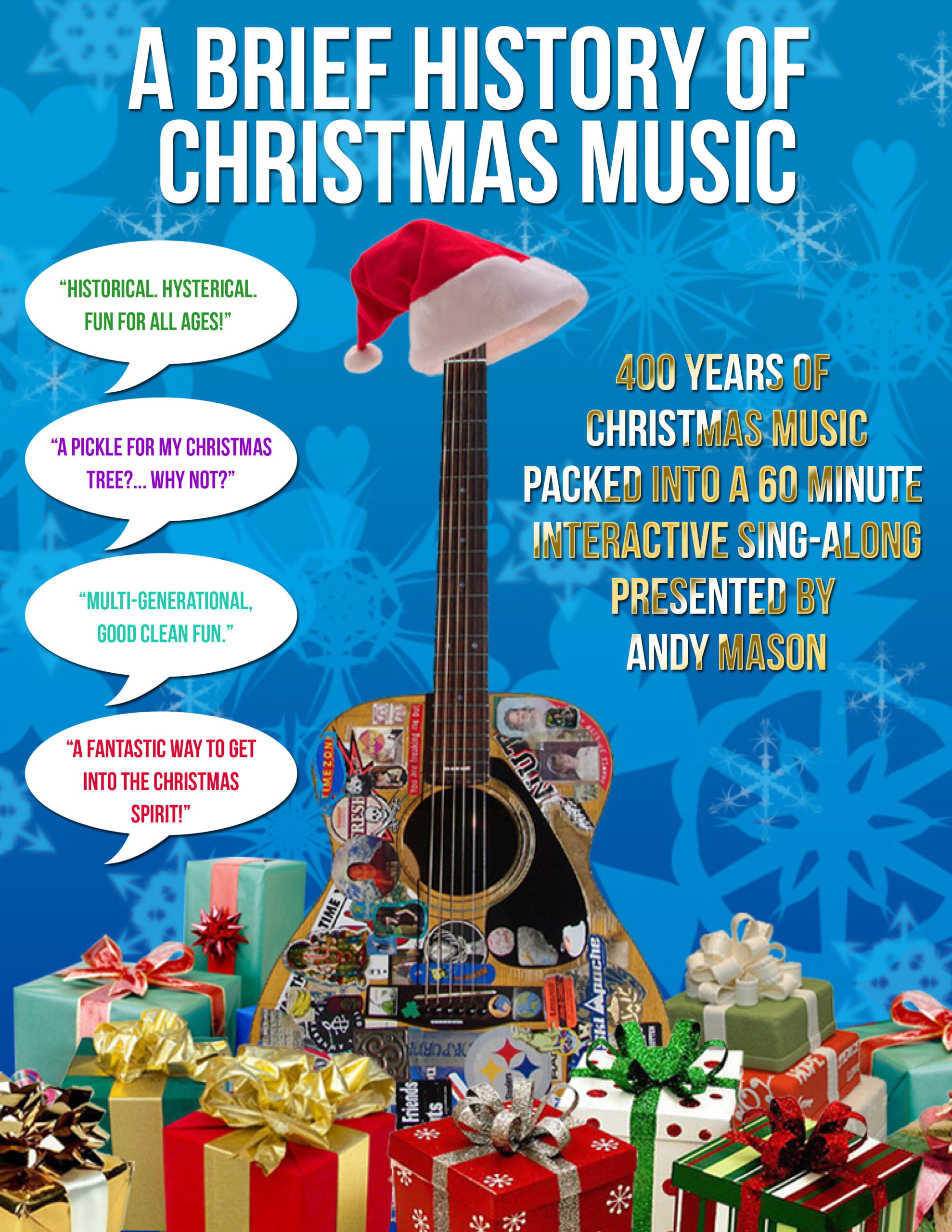