The 2000 awards also saw the initiation of the Elena Maes Memorial Award. The award was presented in the name of Maes by her family. Elena Maes was a vocalist and songwriter who worked with many of New Mexico’s most talented and diverse artists. Maes had volunteered with the MIC Awards beginning in 1994. In 1996, she was diagnosed with LUPUS and sadly, passed away from the disease in 1999 at the age of 25. The family decided that the best way to memorialize her was through her love of music.

After a few years, the family ended its involvement with the MIC Awards and the award was replaced with the Eric Larson Lifetime Achievement Award in 2005. 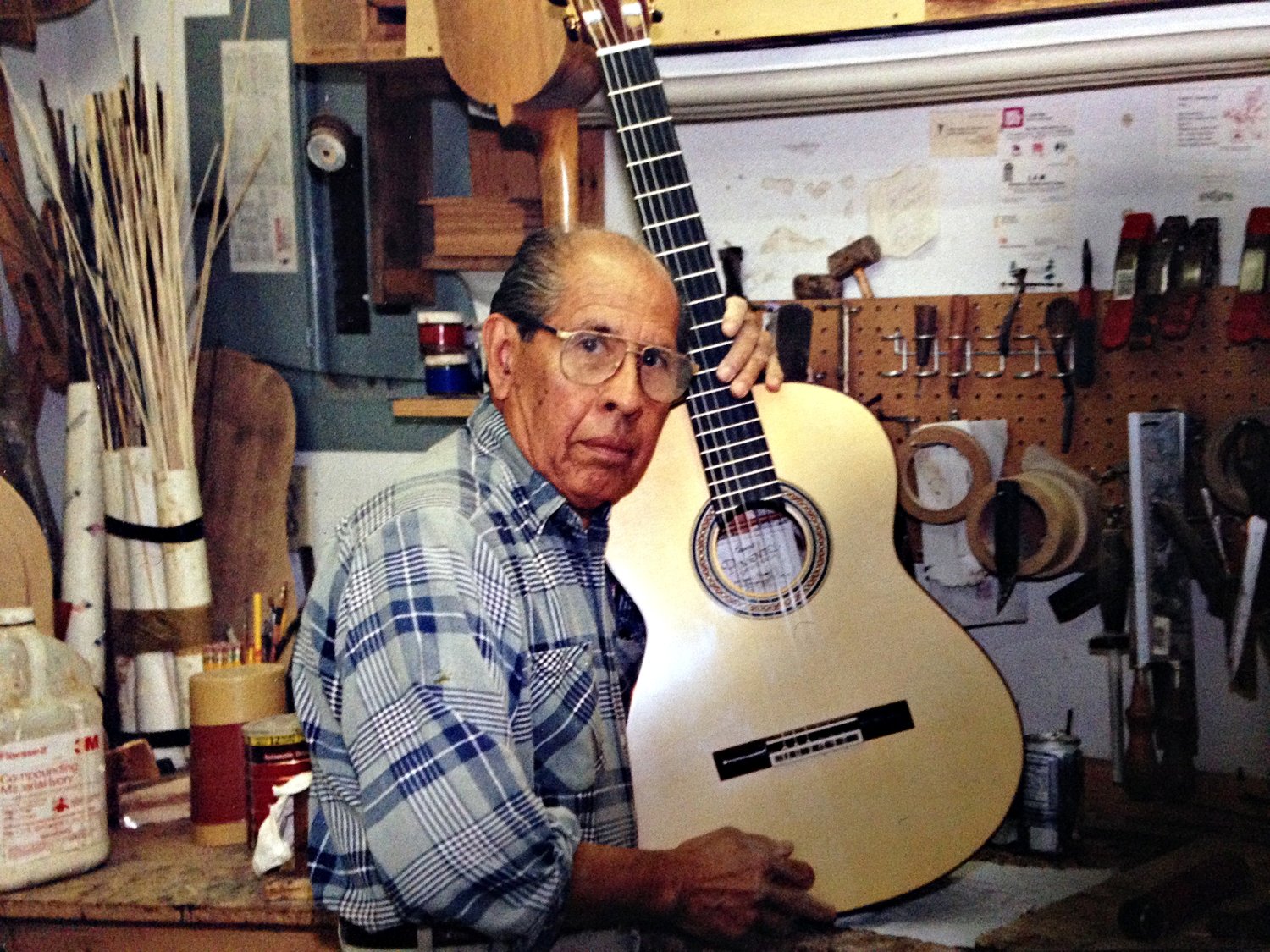 At the age of 14, Lorenzo Pimentel began apprenticing at his brothers’ guitar-making shop in Mexico.   His passion for the craft helped him advance quickly, and soon after he was building guitars on his own.   At the age of 23, he came to the United States where he began making guitars in a violin store.   In 1951, he moved to Carlsbad, NM where he opened his own shop.   It wasn’t long before he’d mastered creating exquisite classical guitars.   Four of his sons each embraced his legacy, and six decades later, the family name is known around the world as one of the best family guitar makers alive.

Pimentel’s guitars are played by the most prominent guitar players in the world. Each is hand built, the wood selected for each artist. Lorenzo Pimentel passed away in 2010 at the age of 82, but left a legacy of fine guitar building that will last for years to come.

Listed as follows unless otherwise indicated

Santa Fe Center Studios & One On One Studios

It Happened Very Long Ago

Best Recording of a Live Performance

Take Me In Your Arms

Best Album of the Year